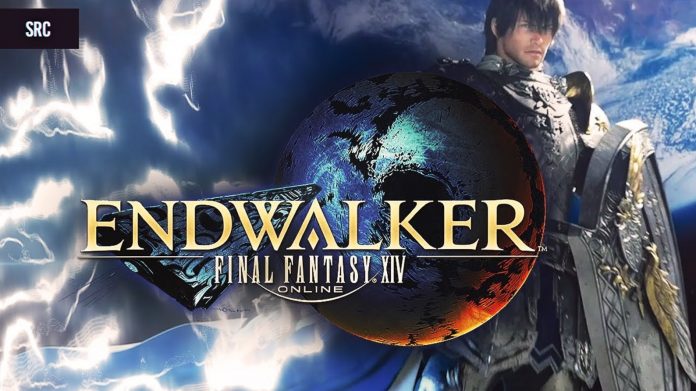 Final Fantasy XIV Endwalker Mobile is famed for its excellent music, and Endwalker is no exception. The location tunes are all different and create the tone for each of the game’s locations. While stirring boss themes take already dramatic confrontations to the next level. Even if there was no background, the music alone would make you feel the weight of the planet in the game’s final encounters.

To be successful, an MMO must feature fresh locales, factions, and stories that will keep gamers coming back for months. Endwalker does all of this while keeping the story on track better than any other addition, although it still suffers from pacing concerns, with tension-deflating digressions occasionally detracting from the momentum of crucial plot scenes. The next thing you know. You’re protecting a nation’s capital from rampaging monsters, and the next thing you know, you’re assisting a bunch of rabbits in building dwellings.

Endwalker does not innovate the fighting in Final Fantasy XIV Endwalker Mobile. If you’ve gotten this far, you’ll know what to anticipate, even if bosses surprise you with ingenious new mechanics or remix old ones. Even without a total overhaul, the dungeons and trials added in Endwalker are always fantastic, and repeated trips through them haven’t dimmed my enthusiasm.

Endwalker, for better or worse, shakes up gameplay outside of instanced combat. You accompany teammates in one new mission type, and along the route, you stop at selected areas to battle or converse about your surroundings. It’s not the most exciting method for a mission to unfold. But it does an excellent job of making NPCs feel like your fellow citizens rather than simply task givers. On the other side, there are far too many stealth missions that will take your life if you are discovered. A large amount of missions are essentially story delivery vehicles, which work since the story is wonderful — but this also means you may go for long periods without seeing any real action.

FFXIV mobile, like previous expansions, provides two new Jobs to Final Fantasy XIV: Reaper, the scythe-wielding edgelord, is an incredibly showy yet surprisingly basic damage-dealing class that presently accounts for around half of the player community. Sage, the healer, employs shields and healing spells to keep teammates alive. While a talent that heals a teammate of your choosing when you damage an adversary rewards you for contributing to DPS. Both are entertaining to play and should play an important role in any party even after their novelty wears off.

A struggle has raged since the beginning of Final Fantasy XIV Endwalker Mobile between the godlike deities Hydaelyn and Zodiark and their respective followers. The game will continue through Endwalker, but this is where the tale stops, and it doesn’t quite land for me. Some of it seems anticlimactic, especially when a pair of uninteresting adversaries take the attention from more fascinating storylines — both those presented in Endwalker and those simmering for years.

Endwalker’s strongest plot beats, on the other hand, are provided by a separate collection of characters. The Scions of the Seventh Dawn, your character’s daring adventure party, have frequently seemed more like pleasant employees than friends. Endwalker makes it evident that their relationship is far deeper, demonstrating their friendship and loyalty in very emotional ways. A slew of new people become as vital, providing emotional weight to the current situation while powerfully recontextualizing prior events. The climax of Hydaelyn and Zodiark’s conflict left me cold, but emotional moments with new and old characters are well worth the ride.

Final Fantasy XIV Endwalker Mobile may not be as good as the previous expansion, Shadowbringers, which was a high point for the whole Final Fantasy series, but it has totally different goals. Even though it concludes the game’s first story arc, it leaves me excited for what comes ahead. Despite its ambitious goals, this operatic climax to a decade-long saga reaches its pinnacle when it focuses on how its main characters keep each other standing even while the world crumbles around them.

Final Fantasy XIV Endwalker Mobile has both confidence and verve in presenting its theater of time loops, larger-than-life enemies, and grand motifs about courage in the face of the “end” of all things, but the sheer scope of what it aims for causes turbulence, as it does not have enough breathing room to say everything it wants to. As a result, the pace suffers, making the game bloated and hurried owing to the number of narrative lines, relationships, and callbacks it interweaves.

The story, like a Summoner desperately pressing every button in its new rotation, takes us from trying to figure out why the Final Days are happening in Sharlyan and introducing the concept of dynamis, to flinging us into a plausible scenario in which we could figure it out—and this had to be convincing, because even the God-like Ascians were left grasping.

But, in the end, the sensation of the conflict triumphs over the perplexing why. The fight with Zenos is delightfully entertaining: just him and me, just him and me, battling for the sake of fighting in the vast depths of deep space. It reminded me of when I first started playing Final Fantasy XIV Endwalker Mobile and how much fun it was to learn how to utilize a class and beat up ladybugs, rodents, and butterflies.

We were merely adventurers exploring about and testing where our sword could bring us before battling the cosmic evil Meteion, ruthless Imperials, vengeful dragons, and serving justice in the service of larger causes. The Zenos encounter fulfills that original spirit, and while Endwalker could have weaved more Zenos scenes to lead us to this last confrontation, I am content.